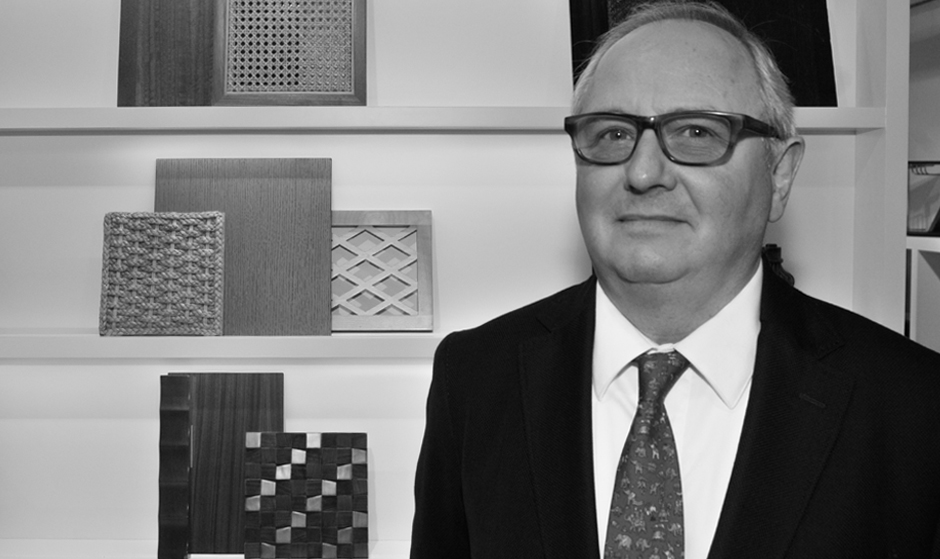 Peter was awarded fellowship of the ‘Chartered Society of Designers’ (FCSD) over 25 years ago, an award only given to those who have proven themselves in their field of design.

Peter has an exceptional style of design which is luxurious and somewhat architectural.

He creates interior architecture which is coherent and architecturally honest and then ‘drops in’ the luxurious ingredients. He aims for contrasts as much as he can; mixing antique with modern, sophisticated with modest, and rough with smooth.He is inspired by European and Asian antiques and he reinvents them, adding his own contemporary twists and using exotic material and finishes. His private client projects are based all over the world; Los Angeles, Geneva, San Moritz, Istanbul as well as London and Hong Kong.

We invited Margo Selby to design a bespoke fabric for the City Gull Wing Sofa from The London Collection. Take a look at the spectacular results. . .

Broadway Malyan celebrates 60 years in practice with a global sustainability-driven challenge. Take a look at some of our favourite entries

Erin Ruby is a New York-based, award-winning designer of interiors and products, known for her holistic approach to design. Watch Erin's talk that she gave at Clerkenwell Design Week 2018.