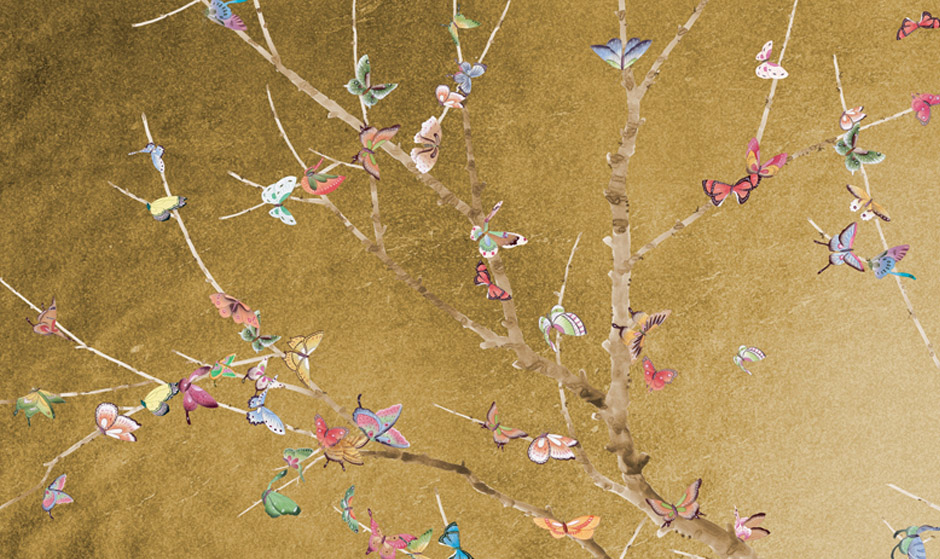 The Fusion Collection by Michael Veal and John Abbate

Michael and John are old friends and comrades in design; they have created their own brand Abbate Veal Design and now a capsule furniture collection – Fusion – debuted at Decorex 2016, and made by Decca London. 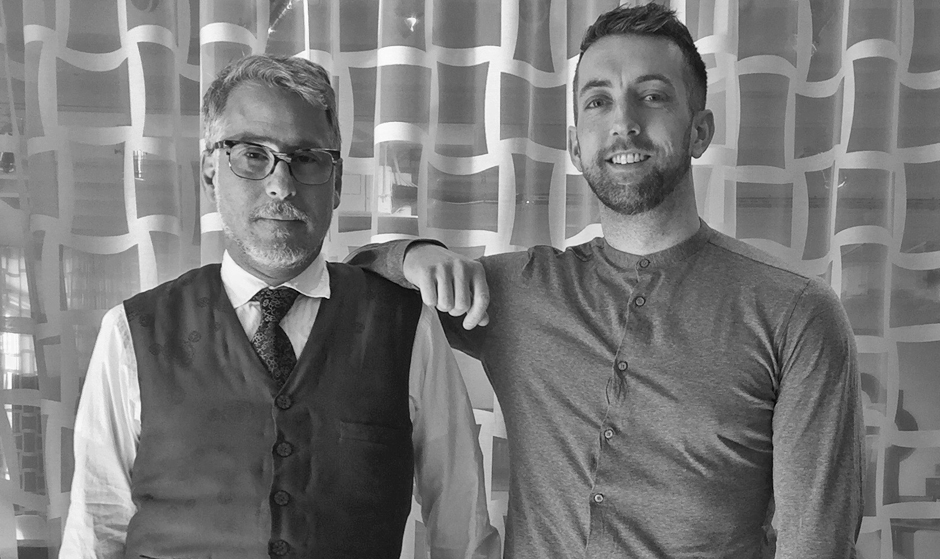 Can you tell us more about yourselves – how did you meet and start working together?

John:   Michael and I met at Dunhill, I was head of store design. Michael was actually my intern and we became friends and stayed in touch. Michael’s now a respected interior designer  (see Putney residence) and I am taking a new direction in my career developing authentic products for the interior design market.

How did your career evolve over the years?

John:    My career in retail design had evolved to the point where I was looking for new challenges, and so moved to China to start my own retail design consulting  business.  While I was there I found some really wonderful art deco furniture pieces. Shanghai is a very art deco city; it thrived at the early part of the 20th century, it was a bit like Hong Kong. After the revolution and the war, all of the art deco furniture was considered decadent and left in fields to rot. By chance I found a man who had a warehouse full of these wonderful pieces, but in a really bad condition. So I took all this old furniture and I renovated it into a whole collection.

Michael:    I came to design via a highly unusual route. I was headed for hotel management, working in prestigious London hotels such as The Hempel and Sanderson as part of my degree. These seminal design buildings gave me the inspiration to move over into interior design. On finishing my degree course, I then started all over again on a Bachelor of Design degree in Interior and Environmental Design. The two degrees have given me a unique perspective on public space design, both aesthetically and operationally, which have imbued my working life and afforded me incredible design opportunities, transforming hotels for clients such as Starwood Capital, The Fitzwilliam Hotel Group and Apeejay Surrendra Park Hotels. After working for Anouska Hempel Design, I set up my own company, Michael Veal Design, in 2013. 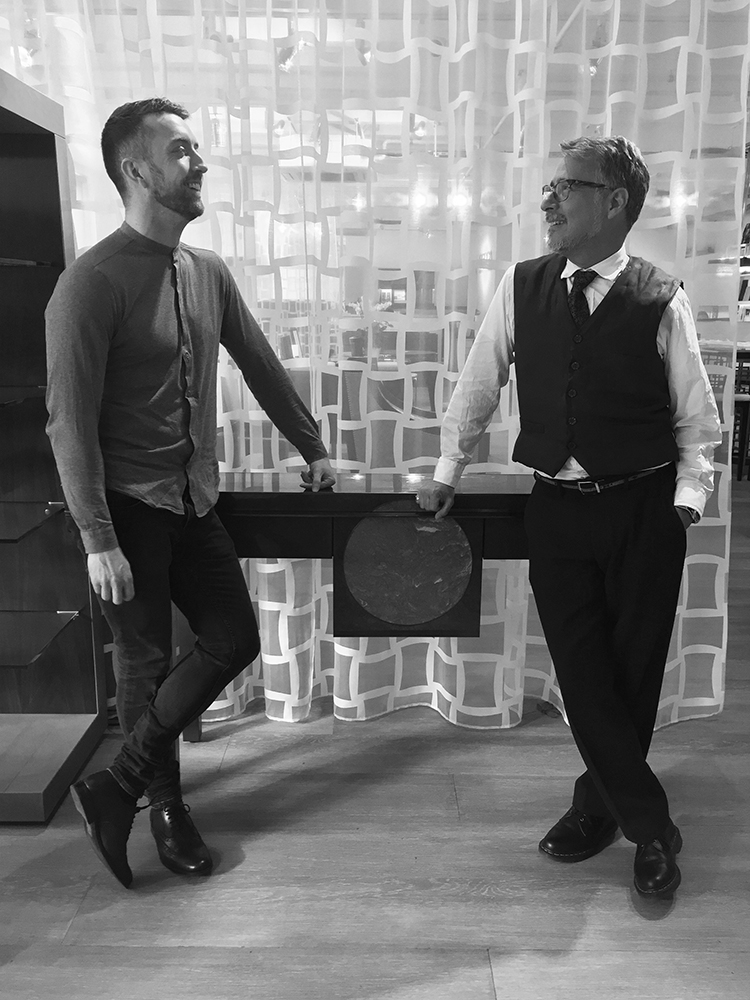 The pieces from the Fusion Collection involve David Qian’s wallpaper and specialist resin; how did you guys meet?

John:    I met David Qian at 100% Design Shanghai, he had a stand there. I loved his wallpapers and I asked him if he could print them on fabric, and he really wanted to try that and he also wanted to do some furniture. He specially printed for me all the fabrics that went on the furniture I was producing at that time.  A couple years later he asked me to design some furniture using his materials. It was then when I came up with this resin material line for David to take bits of his wallpaper motives (butterflies, birds, flowers etc.) and somehow print them and integrate them into the resin, which makes it so interesting. And because I had previously taken vintage and re-done it, David asked me to do something new, something more contemporary; and that’s when Michael comes into the story because I’m not really a contemporary designer - I call myself a maximalist. 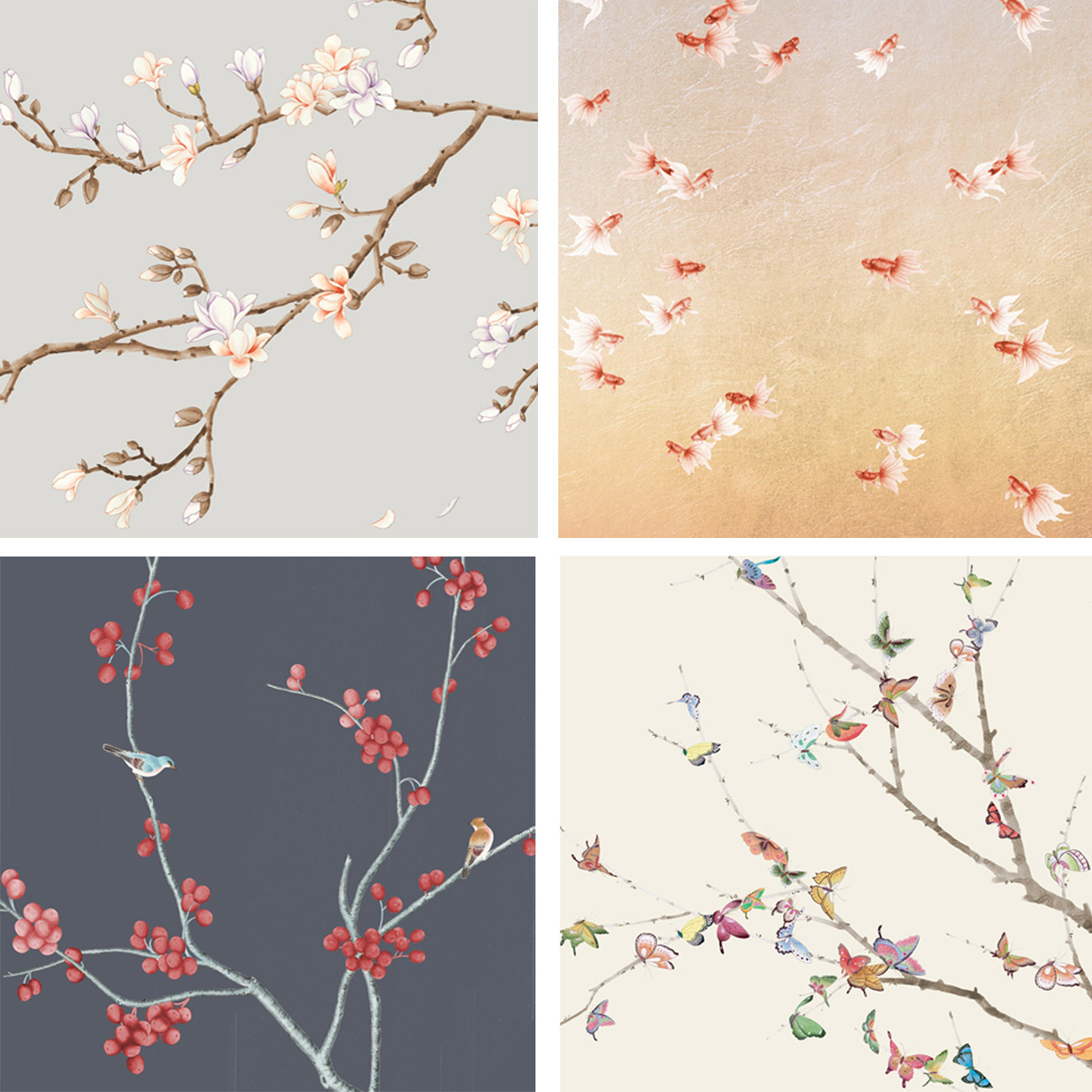 So that’s how the Fusion Collection came to your mind?

John:    I thought well why don’t we just get together and design this. It would be very interesting to have rather opposite kind of people designing something together. I was in China, Michael was here in London, and so we worked on this together , whilst on other sides of the world. I did some research on traditional Chinese furniture and I found some that was very simple and actually looked super contemporary although it was hundreds of years old. I looked at the simplicity of form, of the geometric ornamentation of the legs and I took these details from this very old Chinese furniture but I tried to make them very contemporary. 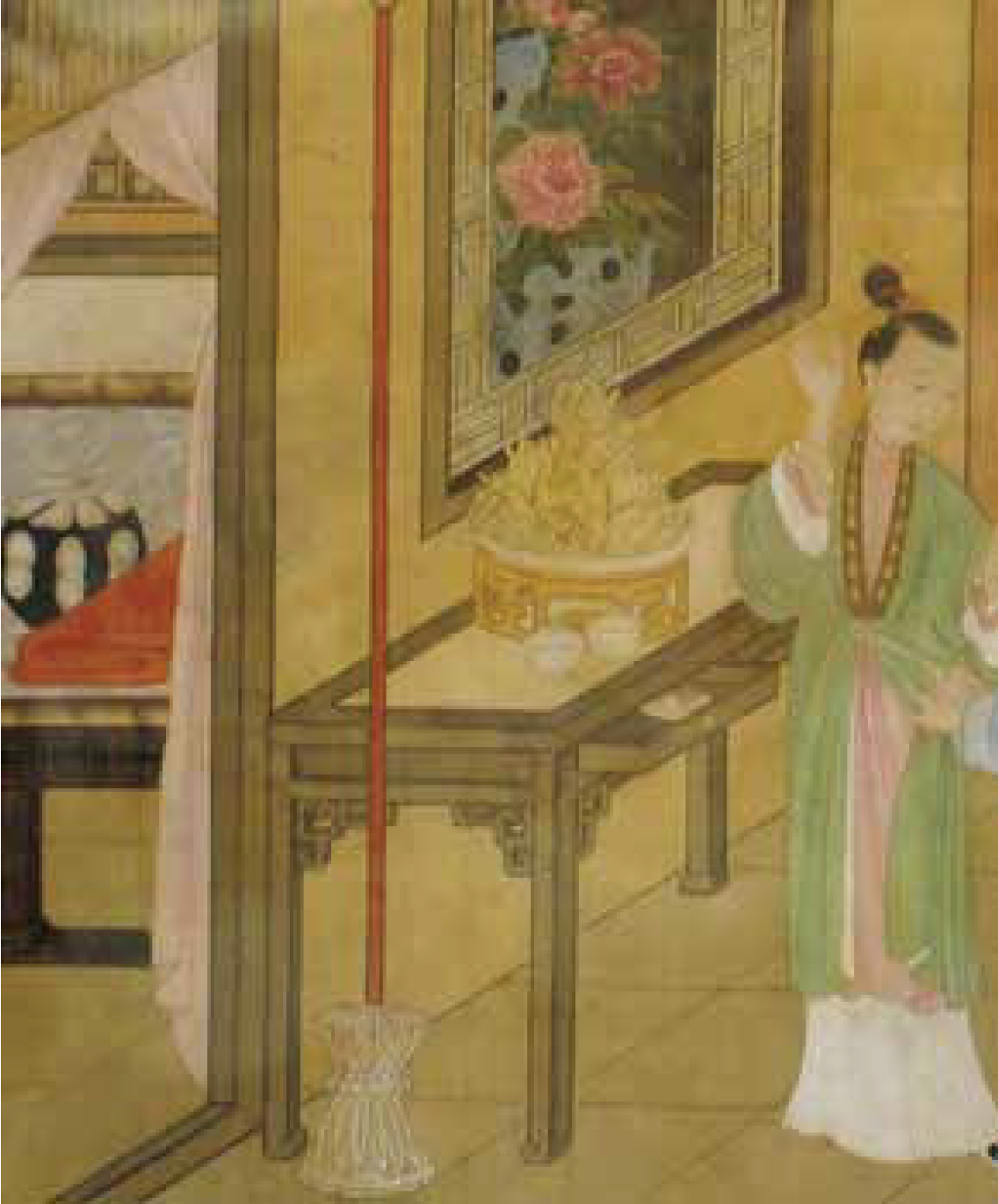 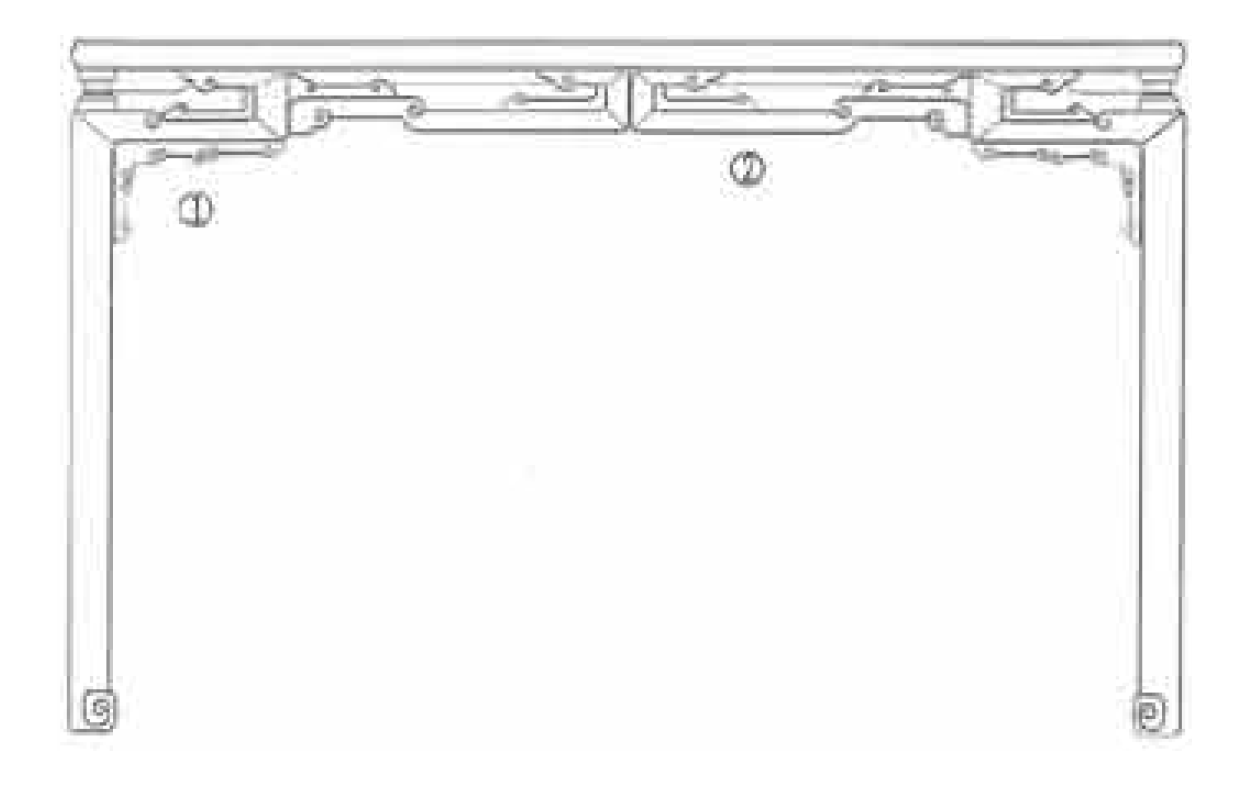 Inspiration images for the design of the consoles 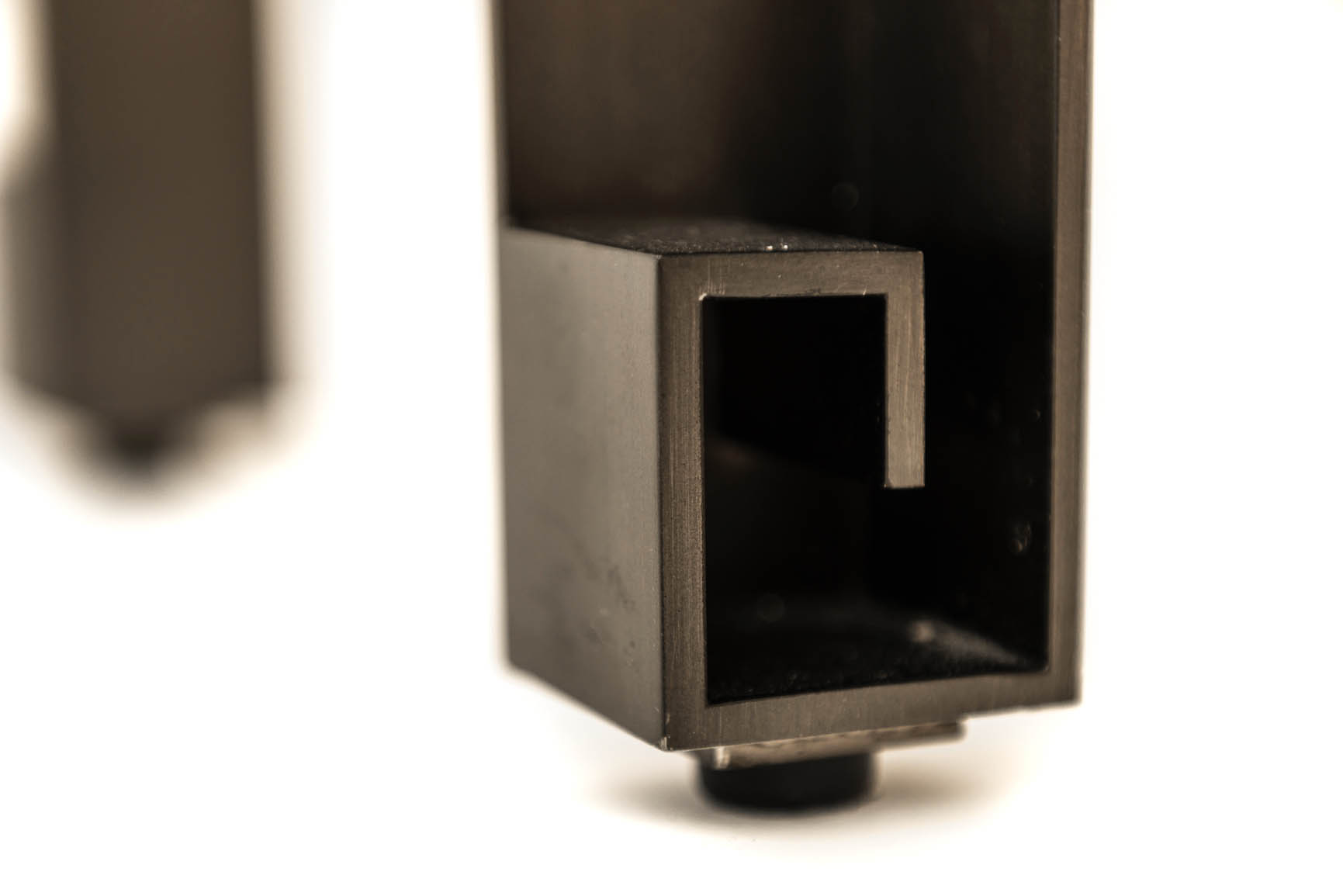 Detail photo of the leg (Photo by Franklin and Franklin)

Is that why you decided to use some more contemporary materials such as the resin?

John:   Well, almost all Chinese furniture is made of wood. They’re obsessed with the wood, the red wood, the heavy wood, the rosewood, and we just wanted to do something different. So we went for resin as it is a very contemporary material. Chinese people would not like the metal so this furniture was never made for the Chinese market; it was made for the Western market with a Chinese inspiration and influence.

Michael:    So it was really our interpretation of Chinese artisan furniture.

Is there any particular aspect of the traditional Chinese furniture that you’ve reflected in your collection?

John:    If you look at this details shot of a leg, we have a piece of wood inserted here in the metal angle. It is very hard to achieve this sort of traditional leg, but made of metal! Not how it’s usually done  so we are fusing the 2 concepts. 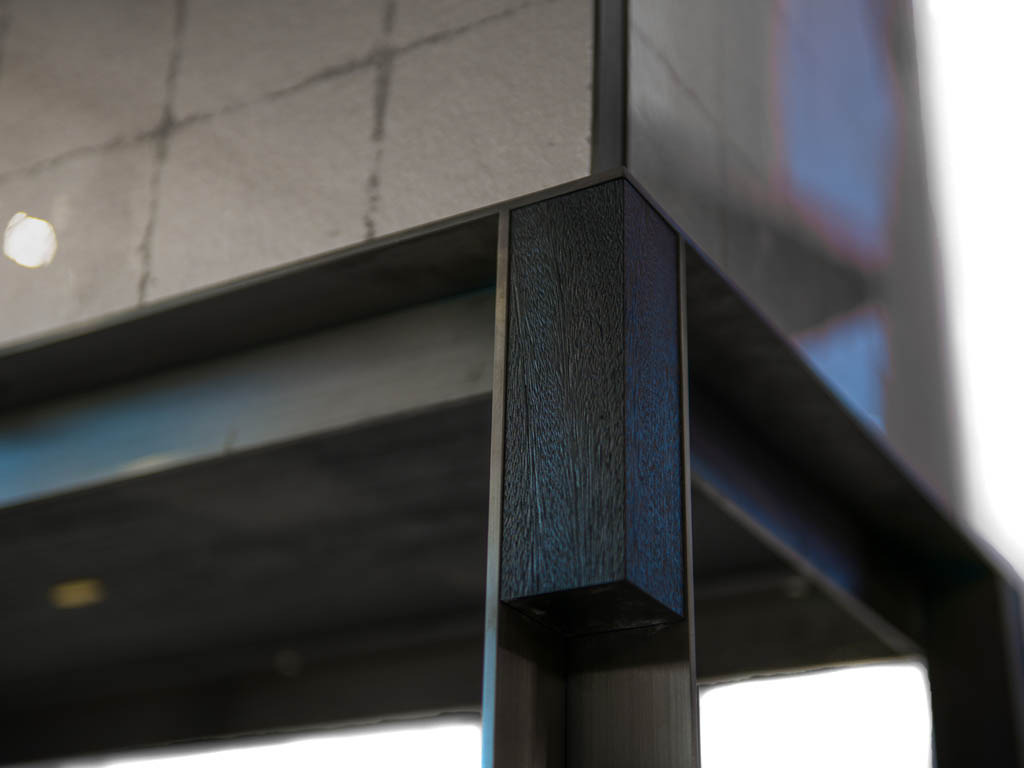 (Photo by Franklin and Franklin)

Michael:     We also took an inspiration from the traditional Chinese wedding moon cabinets. We took certain elements of them and used them on the bar cabinet.

John:     Actually, the round swivel mirror looks like the moon and the same design is being used on the console. A lot of Chinese symbolism is very poetic. It all has to do with the nature so these circles should represent the sun and the moon. 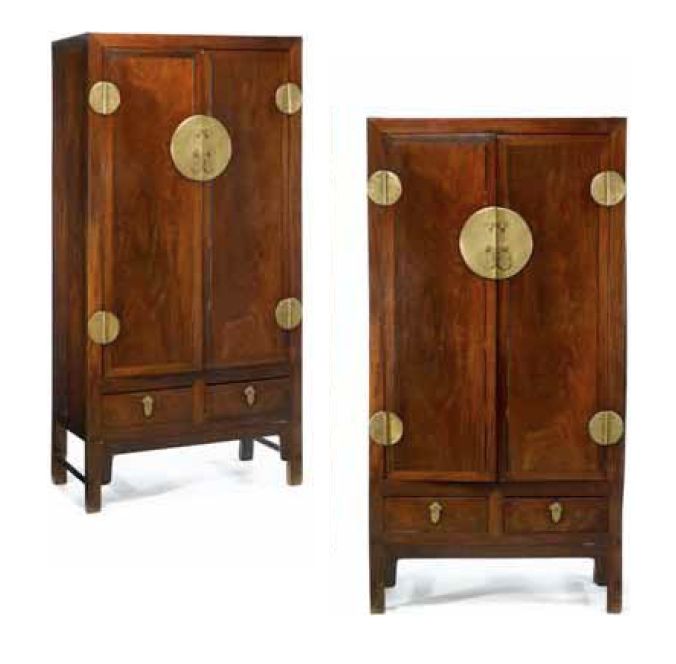 Is that why you used butterflies on the bar cabinet – to reflect the Chinese poetic symbolism?

John:     For the actual materials we worked with David Qian. We made the Fusion Collection for Decorex, so it was partly the launch of David’s collection in Europe and we wanted him put the materials that he felt best represented him. 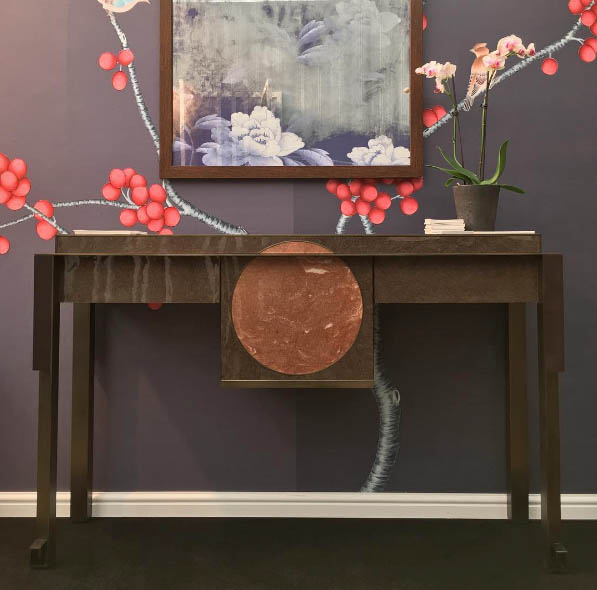 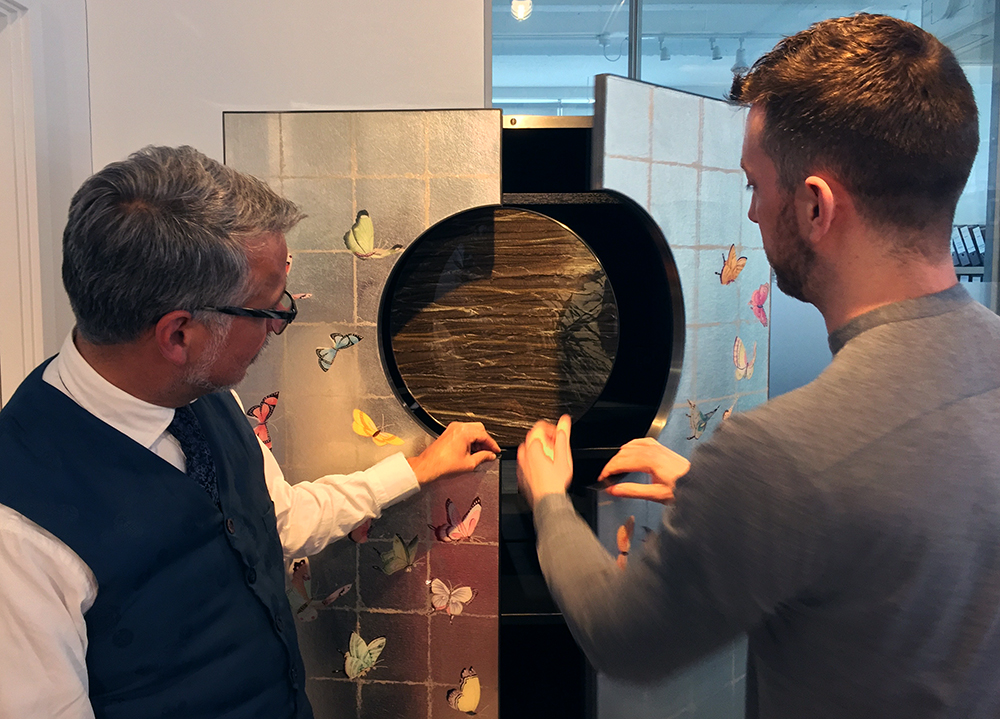 So were you able to use any of the David’s designs and incorporate them into the pieces?

Michael:     Yes, the butterfly bar cabinet is a great example. It is a bespoke piece and there are 15 options people can chose from. They can change the metal finishes, wood finishes, resin finishes.  So it was never meant to be a finished  “standard” piece, as in this how it is and you can’t make any changes. It’s quite the opposite, we wanted the interior designers to look at it and adjust it to their own particular style. 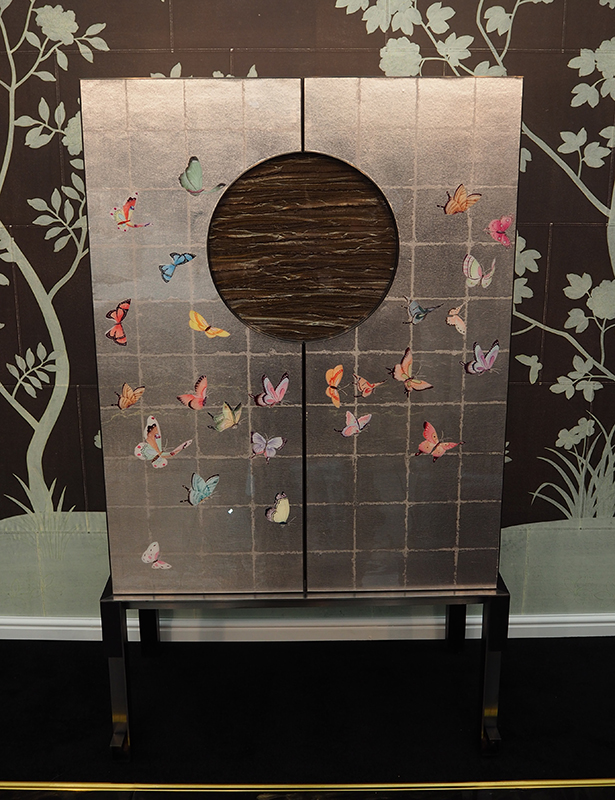 You’ve previously mentioned that your styles are quite different. Was it difficult for you to find a compromise in terms of the design of the Fusion Collection?

Michael:     When we were designing the pieces, John wanted to do more and more and I was trying to pull it back and back. We kind of found a balance in the middle of that with interesting details but not too much.

John:     Also Decca played a really big part in developing the furniture. Our drawings were far from detailed or even technical enough and Decca has helped us to transform our initial sketches and visuals into final pieces. 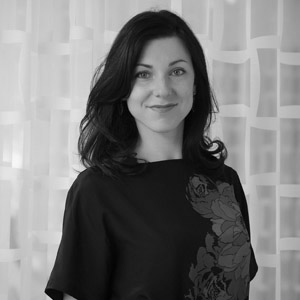